The Pastors of Bethlehem Lutheran Church 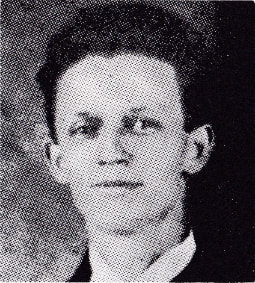 1928-1939
Rev. Claire P. Schulz
Rev. Claire P. Schulz held his first Lutheran service in Johnson City on September 21, 1924, in a small courtroom in the Municipal Building, which was located at the corner of Boone and Market Streets where the Johnson City Press Building now stands. Nine people attended that service.  From that service the church continued to grow.  On  December 23, 1928, the congregation organized as “The Bethlehem Evangelical Lutheran Church of Johnson City.”  A constitution was adopted, and a resolution was made to join the Western District of The Lutheran Church-Missouri Synod.  The original handwritten copy of that constitution rests in our church archives to this day, showing its first four signatories to be J. E. Cloninger, C. B. Propst, P. Guthrie and Albert M. Winebarger.  Construction of the first Lutheran church in Johnson City began June 17, 1929 and was located at the corner of Lamont Street and Watauga Avenue. Pastor Schulz was called home on February 20, 1939 having suffered a cerebral hemorrhage. 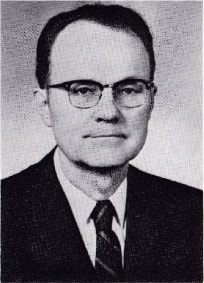 1939-1948
Rev. George Beiderwieden, Jr.
Rev. George Beiderwieden was installed as the 2nd pastor of Bethlehem on May 28, 1939.  The church continued to grow. Under his leadership and during his last year as pastor, the average church attendance was 109, the Sunday School had an enrollment of 128 and there were 112 communicant members.  Late in 1948, Pastor Beiderwieden accepted a call to St. John’s Lutheran Church in Decatur, Illinois. 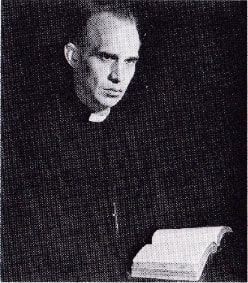 1949-1951
Rev. Elmer G. Neunaber
Rev. Elmer G. Neunaber was installed as pastor on February 20, 1949, and shortly thereafter, the church council voted to build a larger church and parsonage.  Construction of the current facility  began on May 5, 1949.  Members of the building committee were Herbert Cox, Henry Frick, Ralph Propst, Albert Winebarger and J. W. Johnson, all of whom not only bore the heavy burden of their responsibility on their shoulders, but, along with all other able-bodied members, contributed their physical labors, working tirelessly for long hours to bring the project to its completion.  The church was dedicated in 1950. Rev. Neunaber accepted a call to San Antonio, TX in September 1951. 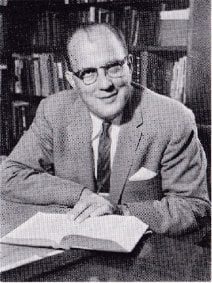 1952-1957
Rev. Paul R. Martens
Rev. Paul Martens, former missionary to China, accepted the call as the next pastor of Bethlehem and was installed on February 17, 1952.  During the span of his ministry, he baptized 91 children and received into the communicant members of the church 142 adults, either by instruction or transfer.  He also served a part-time Chaplain at the Veterans Administration.  Pastor Martens is remembered for his cordial smile and ready handshake. He accepted another call in 1957. During Pastor Marten’s tenure, the church opened a Kindergarten and this accounted for an increase in membership as many who sent their children to kindergarten eventually became members of the church. The kindergarten continued into the 70’s until state regulations rendered the building not up to state code and the church decided to close the program. 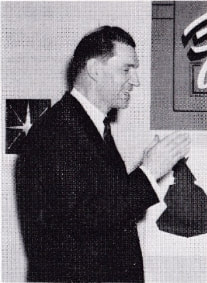 1958-1970
Rev. Roland P. Gabbert
On January 22, 1958, Rev. Roland P. Gabbert was installed as pastor.  Under his leadership and with his guidance, the congregation accomplished much work and received many blessings. During Rev. Gabbert’s 12 years as pastor, his eyes were always open to the needs of the congregation and its potential for reaching out into the community.  His easy manner, his firm handshake and conversational style of preaching endeared him to all. 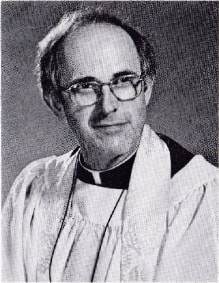 1971-1977
Rev. Fred C. Greninger
Rev. Fred Greninger was installed as pastor on June 6, 1971 coming to Johnson City from Corning, NY.  Pastor Greninger is remembered as a scholarly man, impeccable in his performance of the Liturgy, who always stood in stout defense of the Missouri Synod doctrinal position with vigor and intensity. In July 1977, he accepted a call to Tuscola, IL. 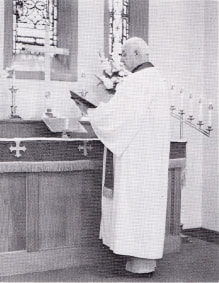 1977-1982
Dr. Carl J. Stapf
Dr. Carl J. Stapf, pastor of Immanuel Lutheran in Greeneville, TN, served as interim pastor beginning on July 31, 1977.  He accepted the call as full-time pastor in 1978 and served until his retirement in 1982.  His wise and prayful counsel in respect to every facet of the internal mechanism of the church, together with his spirit-filled sermons, carried Bethlehem through troubled waters and thrust it forward with a new and refreshed hope.  Bethlehem experienced a renaissance of faith, brotherhood and purpose of mission during his tenure.
1982-1991
Rev. Martin Luther Travis
Rev. Martin Luther Travis accepted the call to Bethlehem in 1982 and served until 1991. He was the youngest of 17 children and always joked that his mother ran out of names, thus naming him Martin Luther and the resemblance was amazing.  Under his leadership, Bethlehem continued on a steady course and saw the construction of the present Fellowship Hall and added classroom space on the lower level. Pastor Travis was a true professor of theology holding firm to the teachings of the LCMS.  His firm handshake and strong pat on the back clearly showed his love of the congregation.  He retired in 1991 to St. Charles, MO.
1991-1996
Rev. Robert Mader
Rev. Robert Mader came to Bethlehem in 1991, coming from Rochester, NY and served until 1996.  During his service, Bethlehem faced many challenges but emerged a stronger congregation in the end.  His great love of music did add a beautiful dimension to worship services.
1996-1998
Pastor Don Fichtelman & Pastor Willis Ude
Between 1996 and 1998, Bethlehem was served by Pastor Don Fichtelman and Pastor Willis Ude. This was a great time of transition and healing and under their leadership, Bethlehem emerged a stronger congregation ready to face the challenges ahead. 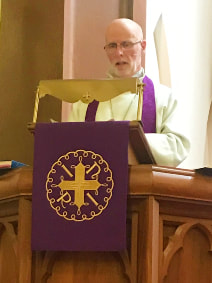 1998-Present
Rev. Steven L. Harmon
Pastor Steven L. Harmon was installed in 1998 and continues to serve the congregation today. Bringing in 6 children greatly enhanced the Sunday School and youth programs at Bethlehem.   His calm demeanor and caring ways have endeared him to the entire congregation.  His love of sports adds a new dimension to his sermons.  Under his leadership, Bethlehem strives to reach out to the community to bring the Gospel to the unchurched.  He is always looking for new ways to serve the community – conducting Bible studies at the Senior Center, serving on the Keeping Warm Board, serving on the neighborhood task force in the area around the church, and as a hospital chaplain.
Click here for the detailed history Bethlehem from 1928-1978